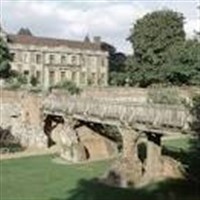 Eltham is a unique marriage between a medieval and Tudor palace and a 1930s millionaire’s mansion. From the 14th to the 16th century it was an important royal palace, where monarchs often stayed and hunted in the surrounding parks. After centuries of neglect, Eltham was leased to Stephen and Virginia Courtauld in 1933, who built an up-to-the-minute house here that incorporated the great hall. The result was a masterpiece of 20th-century design. You will take a "free flow" tour with audio around the building. A hot lunch is ordered for you with a tea/coffee after your tour. You then have time to explore 19 acres of beautiful historic gardens which were a gold winner at London in Bloom Awards 2017.